Finger temperature and electrodermal response-- what they can tell us.

Frank and Mary Deitz were pioneers in the development of biofeedback systems. Their F1000 was one of the first relatively affordable and robust systems that integrated EEG, EMG, heart rate variability, respiration, temperature, and electrodermal response (EDR).

The attached chart was developed by them to show the relationship between measures of finger temperature and EDR, both of which indicate what is going on at the autonomic level.  By combing these two measures, it is possible to obtain a great deal of information about how someone is responding physiologically and, by inference, psychologically.

For instance, I have regularly asked clients to meditate on the breath and recorded their finger temperature and EDR.  Usually, the first time around, before they have practiced, what appears is rather erratic.  However, after a week or two of practice, I begin to see what to me is a relaxation response as they meditate.  Their finger temperature increases and their EDR decreases, but they remain responsive to thoughts or sensations that occur to them and to environmental events.  What this suggests, in accordance with the chart, is that they have an open circulatory system and a quiet, but still responsive, arousal system

When I have used these measures with clients who have practiced open monitoring with noting, a slightly different profile emerges.  Their temperature increases. but the EDR varies, presumably in response to their noting activity.  This suggests that while they are relaxed, as indicated by the increase in finger temperature, they are actively engaged and responsive to what is occurring to them. 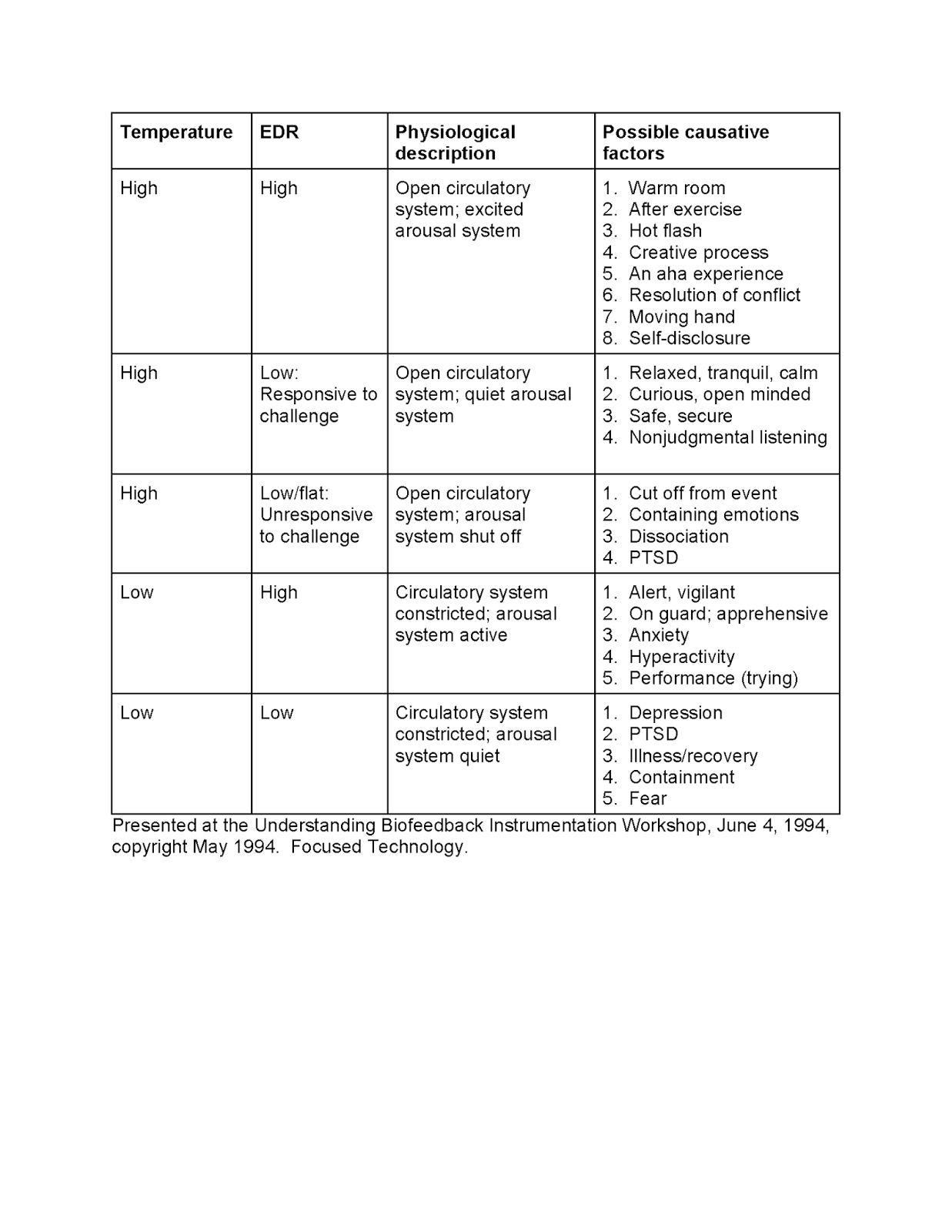 Alan P. McAllister
I am a psychologist working in a community clinic in a small town in rural Ontario. I have practiced meditation off and on since I was an undergraduate university student. I have been practicing meditation in the Mahasi Sayadaw tradition since 2001.